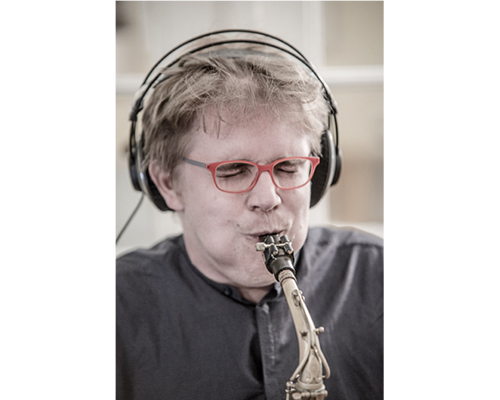 MA MMus, born (*1983) in Graz and raised in England and Austria. He studied Saxophone Jazz at the University of Music and Performing Arts Graz, with Karlheinz Miklin, Don Mensa and Gerald Preinfalk. Graduated in June 2008 with Master of Arts, as well as additional studies at the University of Music and Performing Arts Vienna, with Wolfgang Puschnig. Since 2004 also studies of classical South Indian singing with Dr. K. S. Subramanian and Usha Narasimhan at the „Chennai Institute for Music of the World“, India. In September 2009, he completed his Master’s degree in music ethnology at Goldsmiths College, University of London, as the best student of the year. Since July 2015 studies of the Carnatic and hindustani Konokol with Muthu Kumar, Rhythm Shala, Bangalore. Patrick Dunst lives as a freelance musician and composer in Vienna and leads and composes for his own ensembles: Impulse Percussion, Virtues, Tribal Dialects, Tripod, the Duo Naima with the Congolese author Fiston Mwanza Mujila. Compositional collaboration with: Special Olympics Opening Ceremony 2017 in collaboration with the Vienna State Ballet, I AM OK Company, Dundu. DIE HEIDI – Puls (nomination STELLA17 in the category outstanding music), aXe Körpertheater (2014-2017), Styrian Chamber Music Festival 2017. since 2018 he is a permanent member of the association KÖRPERVERSTAND. TANZTHEATER WIEN (AT).