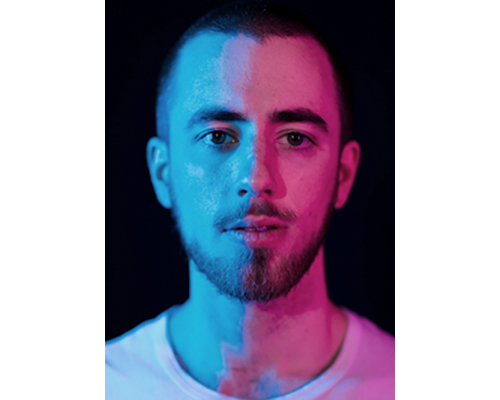 Moritz Lembert (* 1993) grew up in Vienna and devoted himself to the hip-hop dance as a teenager. From 2011-2013 he graduated a private dance education with focus on urban dance styles. From 2013 to 2014 he continued his education in the fields of contemporary and house dance as part of the super soul program. In 2015, he started his studies in classical and contemporary dance at the Vienna University of Music and Arts. In addition to his training, he worked as a dance coach and guest choreographer for TANZ DIE TOLERANZ and ICH BIN OK. Since 2012 he is working in Vienna as a freelance dancer, furthermore at DSCHUNGEL WIEN and also is a permanent member of KÖRPERVERSTAND. TANZTHEATER WIEN (AT) since 2015. In 2017 he created his first piece BrainGame together with KÖRPERVERSTAND. TANZTHEATER WIEN, which was nominated for the STELLA18 Performing.Arts.Award for young audiences in the category „Outstanding Production for Young People“. Since 2018 he is a permanent member of the collective Formless Arts around Bruno Caverna and his Movement Praktik. He lives and works in Vienna. (Photo credit: © Dyree España)